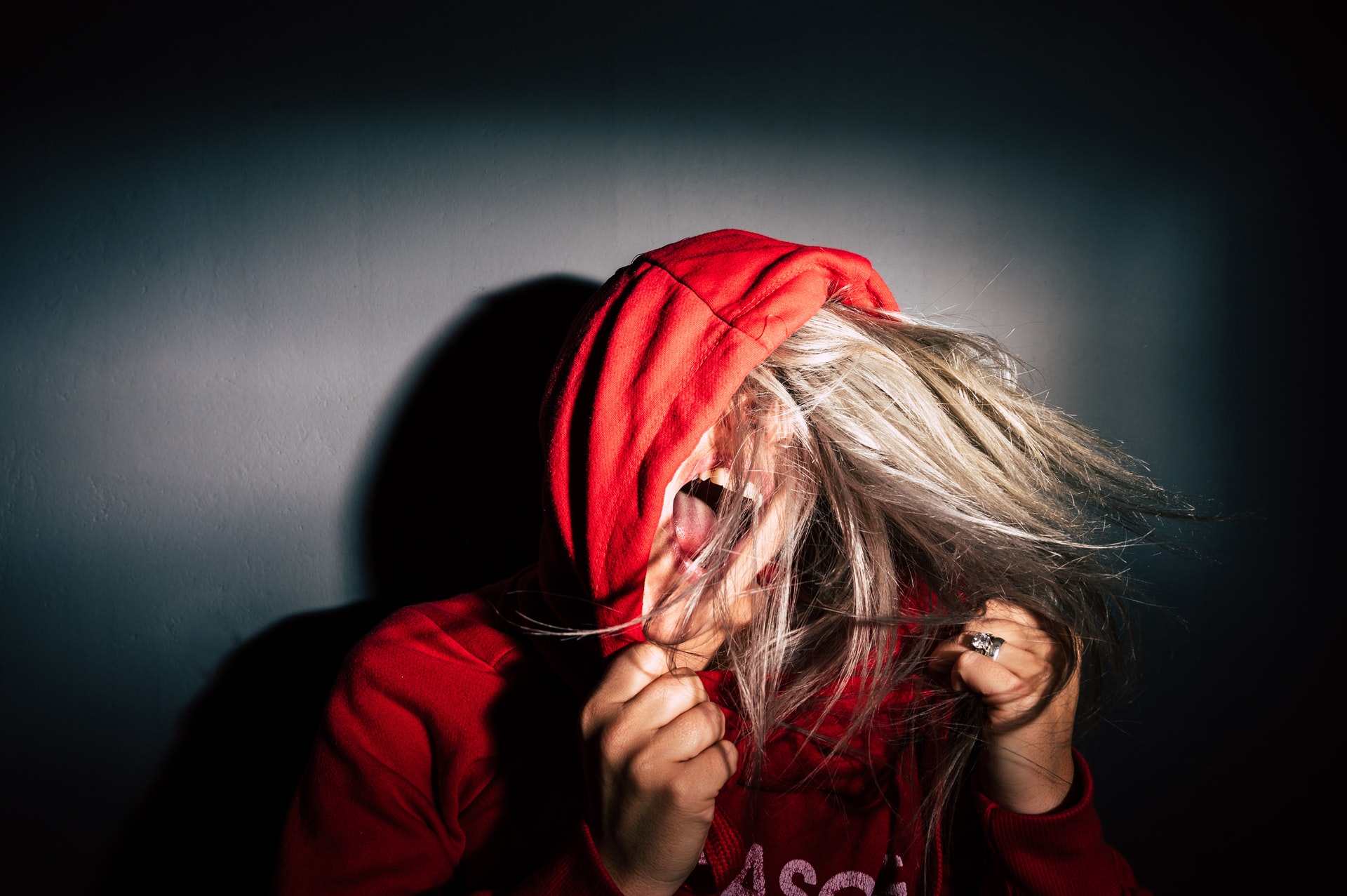 Yoga is a tool or exercise that is used by many people as a way or method to find inner peace. It is an exercise that helps people create peace of mind and bring them to union with nature. The exercise has been used by Zen masters for a long period, and people who see Yoga as a useful tool have also made use of it as a channel to release their feelings of pain, loss, anger and other negative feelings.

Yoga is practiced traditionally in utter silence. The exercise involves a lot of stretching activities that give the body more flexibility and calmness of the mind as they silently evaporate their negativities in exchange for a more positive feeling by becoming one with the universe.

While Yoga is a practice of calm and silence, there are, however, some people who this method doesn’t work for, while some people might benefit from it for only a short time, and are always looking for a better way to get rid of their negative feelings.

What is Rage Yoga?

Rage Yoga is a new form of Yoga that has been created by Lindsay Istace. This form of Yoga is created for people who need to vent their anger to let go of all the negative feelings and people who keep a lot of toxic anger within themselves. A lot of people will only have inner peace and calmness after they vent their anger openly and for them, rage yoga was created.

The founder, Lindsay Istace says that the Rage yoga involves stretching as in the traditional yoga, as well as other positional exercises. The difference that, however, exists between these two is that on their journey to become Zen-like, rage yogi makes use of their anger and bad humor to attain good health and get to a peaceful and tranquil state of mind. According to her, yoga is more than just a practice or exercise to free the mind, but it rather is a way of life, an attitude.

So, if you are one of the people who find out that traditional yoga doesn’t work for them, you might want to give rage yoga a chance. The idea behind rage yoga is for you to push out your long bottled-up rage and anger while practicing your yoga normally. In a rage yoga session, the yogi is encouraged to shout out loud, curse, and vent their anger instead of staying calm like it is in traditional yoga. Yogis are even allowed to go on occasional beer breaks once in a while during their yoga sessions.

Yoga instructor Ashley Duzich considers rage yoga as a way of venting your anger healthily. According to her, after venting and letting go of all your pent up anger and negative energy during yoga, you will feel lighter.

Rage yoga sessions are managed by appropriate and certified yoga instructors just like it is in traditional yoga. The instructors are there to help you truly let go of what is it that is bothering you. It motivates you to let go of your anger and the F-bomb you have for a long time been holding on to by giving you space that is safe enough for you to channel all your negative energies, rage and frustration in a healthy way, after which you can calm your nerves with a cold beer.

The calming effect provided by the cold beer is highly effective but not for everybody. If you are not a beer drinker, it is okay for you to just vent your anger in rage yoga and cool off with a bottle of whatever cold drink you like.

Ashley Duzich says that the inspiration to do rage yoga came from her low point in life when the regular yoga that she has practiced for 10 years stopped giving her the satisfaction she needs. In search of a way to release her pent up negativities, she tried rage yoga and found an outlet to really let go. Not wanting to keep this to herself, Ashley Duzich founded her fitness center which helps people to achieve inner peace and become zen-like through the use of rage yoga.

In a rage yoga class, according to Ashley Duzich, you can hear people shout different things like “why don’t you do the dishes” “get out of my face” “pick your wet towels up” “what’s wrong with you for god’s sake” and a whole lot of F-bombs and beer breaks. 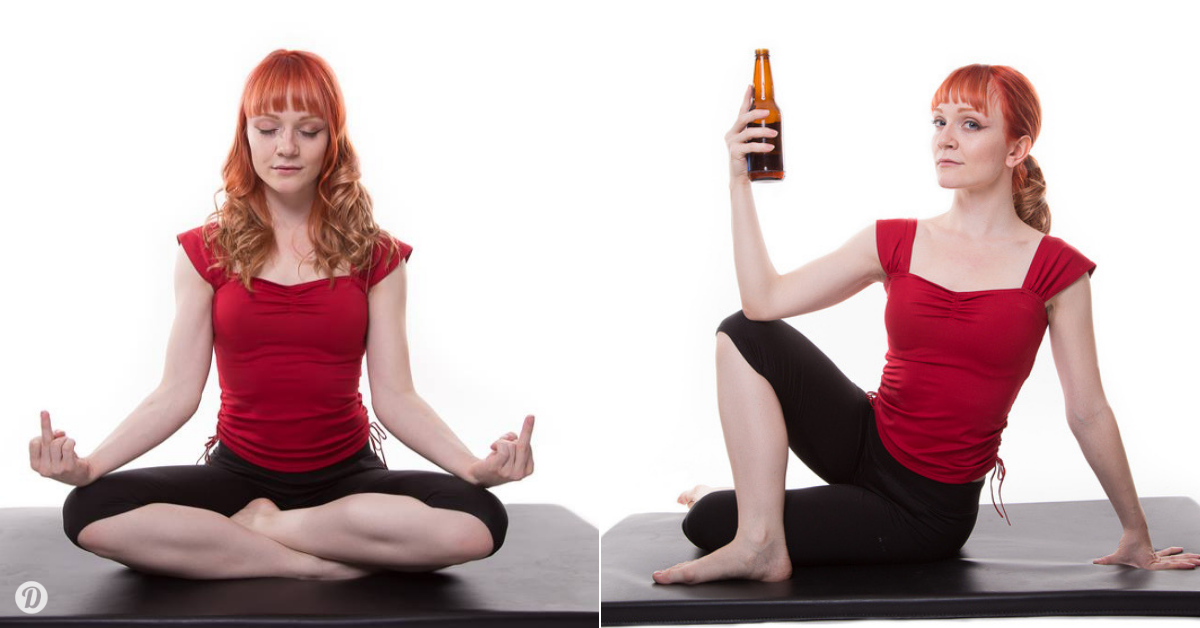 So, while yoga is practiced in a peaceful, meditative way coupled with silence, Rage yoga makes use of rage, cursing, venting, and beer to reach a calm and tranquil state of mind. So, even though a rage yoga class is made up of the exercise and processes that are found in a traditional yoga class, a rage yoga session is in no way like a typical session of yoga and it isn’t for everybody. And as found on the official rage yoga website, Parents are not advised to come with their children to a rage yoga session.

Where can you get a Rage Yoga Studio?

At the moment, there exist three official rage yoga studios, and they can be found in Calgary, Edmonton, and Houston. The classes are led by certified instructors who have been through over 200 hours of certification training before heading a class. More information about rage yoga can be found on their official website at http://rageyoga.com/what-we-do

Rage Yoga is definitely an answer to a lot of people’s quest for peace, so, if you want to give it a try, go ahead and do rage yoga. You can decide to practice in the corner of your room instead of outside among other rage yogis and vent all those pent up anger in the privacy of your house. Scream your anger, your frustrations, and negativities out loud and calm your nerves down with a bottle of cold beer

2 thoughts on “How Rage Yoga helps you release Inner Frustration”