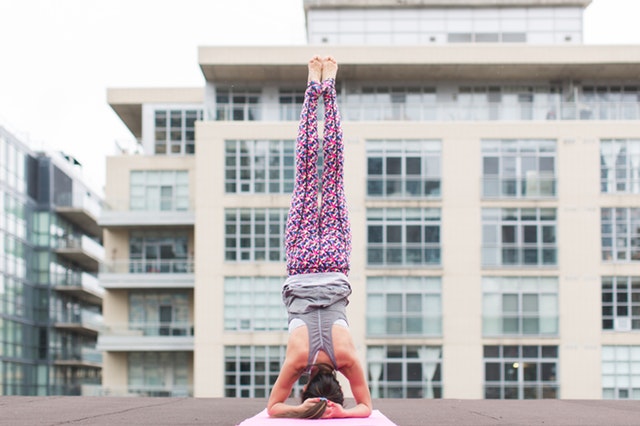 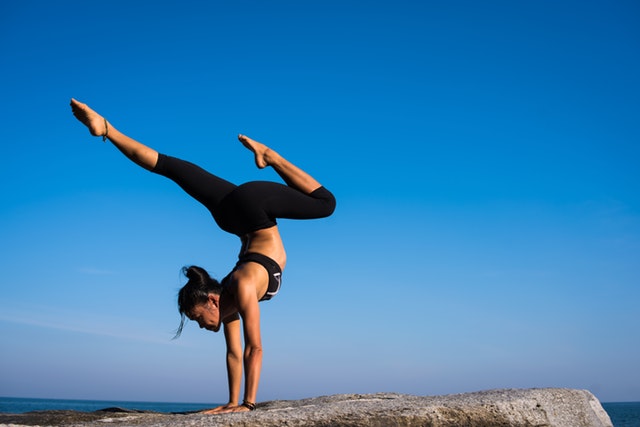 Yoga is an exercise dating back to ancient India. while having thousands of years’ history, it has become very popular recently. Modern society is finding an empty schedule to do yoga in their tight-fitted tasks. Their reason for this popularity is rooted within the sport itself. It holds many benefits such as promoting overall health, helping to combat depression and mental imbalances, helping to get rid of certain diseases that require physiotherapy and many more.

There are many types of yoga; Hatha yoga is known as one of the most suitable forms to start with; It is slow and gentle with the movements of the body. Yoga, in its philosophy, is explained as an act of unlocking the hidden power writing and having the ability to control them. There are many poses, from Shavasana that are literally translated to dead pose and poses such as Pincha Mayursana that means forearm stand pose. This, of course, takes different amounts of calories and strength to perform any of these poses. But they all have one main thing in common, that has been insisted on.

The ancient Vedic texts until the new age yoga instructors emphasize breathing. This is the common link between our physical world and the energy forms of power. Though it may seem like a metaphysical concept, breathing has more effect on us than we notice. It is scientifically proved that our blood circulation and the heartbeat can be controlled through breathing and vice versa. breathing is what keeps of alive but yoga practices have shown it can aptitude even more.

The name, core power yoga, suggests a yoga exercise that engages the core muscle. It is both true and false. It is true because yoga movements, especially in more complicated poses, are not doable without a strong core. Core muscles are the main stress point for lifting heavier weights or taking longer leaps. However, yoga looks at the core practice with a few-dimensional approach.

In addition to being the force point, yoga also suggests where core muscles are located, is an important energy portal. This energy portal is known as the solar energy portal. It is known to be the center that connects us to the true self and helps us evolve to tap inside the genie inside of us; our true self. The breathing exercise is the main key to controlling this energy. The muscles that control the correct breathing are also located in our core. Everyone who practices yoga knows the importance of breathing on physical and mental matters. They know that breathing is the root of inner force; If a new yoga pose puts pressure on the joints and muscles, breathing can relieve this pressure. It opens the blocks and removes the energy knots remaining in the body.

Therefore, core power yoga is not a type of yoga to boost the core muscles; it is the most basic method and difference that make yoga practice differ from the other workouts. It also focuses on the body part. There are poses of yoga that work exactly on the strengthening of the stomach muscles and the rest of the body.

Core power yoga helps the body, mental and spiritual development in three different fields. Although it manifests in various types of styles. The three disciplines may be separate but also essential to each other to achieve the best result.

Core power: This is the specific style of doing yoga for core power. It pays attention to muscle toning as its priority and helps the total bodily muscles improve by toning them this exercise is usually considered a power program to increase muscle ability and boost the total body capability from its structural muscle aspect.

Unlocking athletic power: This is the most similar part to the came power yoga; It includes an exercise that increases the core strength. It directly targets the abdominal muscles and their ability to become the core of movements. The core muscles have a close relation and dependability of the core muscle to hips and pelvis. This is the reason the unlocking of an athletic power program also works of pelvic and hip muscle toning.

Spirit of strength: This is the last level of core power training, and the most difficult one. It takes timely practice, the mind focuses on and strong muscles to be able to perform this kind of practice.  The spirit of yoga practices is done a fast paces and movements. It requires great mental and physical stability. It could be extremely difficult for an individual who has not participated in the last two programs of core power yoga.

There are many benefits associated with core yoga. The participant by doing interval practice can regulate the heartbeat and circulatory system of both blood and air in the body. The ample blood flow towards the organs can ensure healthier internal organs. This also affects the rate of oxidization in the body; This is the reason the people with the right work out habits seem to be younger than their actual age. Lung capacity could also increase significantly. The person would gain more confidence and happiness as the internal health boosts the relevant hormones. Their posture improves and their total appearance would be affected.

As it was mentioned previously, the styles of core power yoga are different. Some of them are performed in the hot rooms; It is known as hot yoga. It helps sweat out more than usual and removes skin and blood toxins.

Yoga is a widespread exercise nowadays. It is mainly for its countless benefits. Core power yoga facilitates ultimate physical and mental strength along with an eye-opening experience to remove mind and body conditioning. There is perfection within everyone that lies dormant. Core power yoga helps awaken this potential.