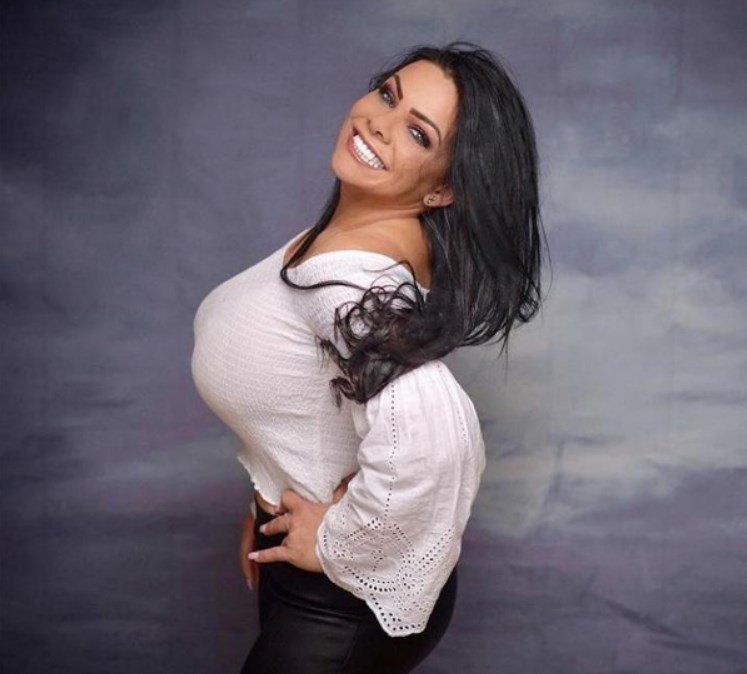 Sheyla Hershey is a Brazilian model and a TV personality who is known for her big breast implants. While some may consider her a maniac she has definitely made a noise in the world by setting breast implant records. She is someone for whom “Big is beautiful.” She has become a popular media celebrity. Want to know more about her? Go on reading!

Sheyla is a reality TV star who has her vanity at another level. Also, she is a singer, model and a dancer. With her acting skills, she has starred in movies like “Human Hibachi,” “The World’s… and Me” and “Last Comic Standing.”

She has put her health at risk as her surgeries couldn’t be done in the USA because of the silicon implantation limit. She has gone under the knife around 39 times until now. After her ninth operation in January 2009, she had a bust size of 38KKK. Prior to this, gallons of silicone had already made her bra size at 34FFF from a normal B-cup. The surgeries had to be done in Brazil because of the aforesaid limitations in the USA.

Born as Sheyla Almeida, on December 19, 1979 in Brazil she used to get teased because of her manly physique from the age of ten. Her bullies would call her ‘man body.’ She came from a very poor family. Her father died when she was still very young. This all had a deep effect on her as she went to the extremes of having an overall augmented appearance to appear more attractive over the years.

She has been living in Houston for around the past 10 years. In 2007, Sheyla married Derek Hershey who is an electrical engineer. She has two children Victoria Nicole Hershey and Victor Hugo. After divorcing Derek, she married Carlos Keyes only to go through another divorce in 2023.

A few things you didn’t know

According to the latest estimates by Forbes and others, Sheyla has a net worth of around $5 million.